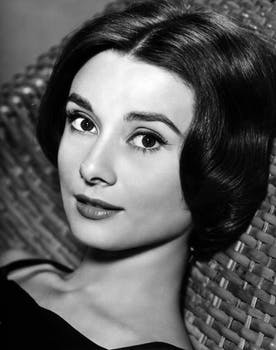 Audrey Hepburn's estate planning mistake has led to a long legal fight between her sons. It appears that they have finally reached an agreement. Like many, she gave vague instructions to her sons about dividing her legacy and did not include any instructions  for her sons on resolving disputes.

Audrey Hepburn starred in some of the most beloved movies of all time. She came to symbolize beauty and grace in mid-century Hollywood.

When she passed away in 1993, she left behind a gigantic amount of memorabilia from her acting career, including some of the costumes and jewelry that she wore in her iconic roles. These items have obvious value to collectors, but so far no one has gotten their hands on them.

The items have been the source of a long dispute between her two sons.

Hepburn specified in her estate plan that everything she owned should be split between those sons equally, but she left no instructions regarding just how that was to be accomplished.

Which son should get which item?  This dispute could have been resolved without costly litigation if she included in her will instructions for mediation to resolve such disputes.  Michelle Profit, an estate planning attorney, has written an article on how mediation can be used to peacefully resolve disputes.

Hepburn's will was silent, however, so memorabilia has been contested in court for the last two years, but the sons may have finally reached an agreement, according to the Daily Mail in "Audrey Hepburn's sons agree to split their late mother's treasure trove of belongings, including costumes, jewelry, scripts and awards, after two-year legal dispute."

The sons have agreed to submit the question to mediation and use that process to determine the distribution of particular pieces of memorabilia. However, this will not be the end of all battles concerning Hepburn's estate, since a charitable fund she founded is now suing one of the sons for interference with its affairs.

Hepburn's mistake was not including some way for her son's to resolve any disputes about who gets what in her estate plan. She could have made provisions for a mediator to resolve the disputes. That would have saved a lot of headaches and legal bills for her family. Profit Law Firm, LLC can include dispute resolution in your estate planning documents to avoid these disputes, and reduce the cost of such disputes, when they occur.