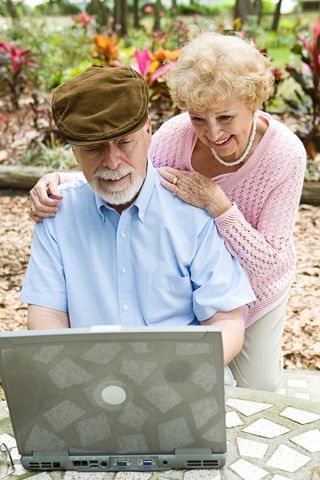 A new virtual reality treatment is helping some elderly people with dementia recall their memories.

It has often been said that the cruelest thing about Alzheimer's and other forms of dementia is the forgetting. People who suffer from dementia forget the important people, places and things in their life.

They do not just forget that the person talking to them is their grown-up child. They also forget the time they took that child to their first baseball game, for example.

Helping patients get back those memories, has proven to be a challenge.

Patients can be told about the memories, but that does not necessarily mean they will remember them.

A virtual reality therapy program has been created that lets patients virtually be at a scene.

A therapist asks a set of leading questions to help jog the patient's memory. The article mentions that an elderly woman was shown a virtual reality beach scene and was then able to recall the time she visited a beach in Scotland as a child. It was a memory which had previously been lost to her.

There are twelve scenes in total, including a view of the Earth from the International Space Station.

For now, this virtual reality program is costly and not available to everyone. However, if it continues to show promise in helping dementia sufferers, then it is likely to soon be more widely available.