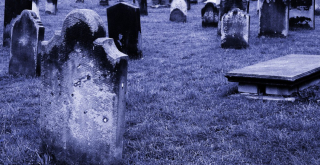 The high costs of funeral services creates a problem, because many people pass away without having the means for their own burials. Their remains still have to go somewhere.

Every year, thousands of people with very little money pass away.  Sometimes, it is not even known who these deceased people were in life.

While this might seem like a minor issue and something that has always been the case, it creates an increasing burden on local governments.  They must determine what to do with the bodies of deceased people, who either cannot be identified or whose families do not have the money to afford burial or cremation.

It is not a minor expense,  since the costs of disposing of a deceased body continue to rise.

One county in Florida had such a significant problem that they purchased a cemetery, as the Tallahassee Democrat reports in "A priceless burden: Indigent burials at Leon County's 'pauper's cemetery'."

The cemetery previously belonged to a hospital, but the county purchased it to dispose of the remains of the indigent as cheaply as possible. Graves are marked with the most basic of markers and no actual funeral services are allowed at the cemetery.

The deceased are buried as quickly and with as little fuss as possible.

This is an issue that could get worse before it gets better.

Elderly people are living longer and in greater numbers. That makes it likely that many more elderly will pass away in the future, after they have run out of their own money.

The burden to bury them will be on the government. Elder law advocates may need to address this problem in the near future.